We aim to be the online solution where every B2B sales happens, in a natural way.

We are building the go-to-platform where B2B sellers can interact with their buyers in a personal and engaging way, making business easier and faster.

We believe in the power of relationships and want to bring personal and engaging interactions back to the online sales process.

Why we are here

We believe in the importance of relationships. Traditionally, every business deal was sealed with a handshake between two people. Everything happened in the same place, face to face, and it was very natural and straightforward.

Modern business has now moved online, and while the world thought that digitalization would only speed-up and ease the sales process, it has also created an engagement gap between reps and buyers, making it harder and longer to close deals.

Not only has the length of the B2B buying process increased for the
majority of businesses, but a staggering number of their deals end up in the “valley of death.” This is where 60 percent of all offers/quotes are lost due to indecision or simply going unanswered.

We are here to change that, by bringing personal and engaging interactions back to the online sales process.

A star is born

Four bright minds put their heads together and ta-da a brilliant idea was born! Our founders are an experienced team with a broad knowledge base within business contracts, lead management, marketing automation, and CRM solutions. Their passion for sales brought them together, and GetAccept was founded to help B2B buyers and sellers interact in a digital, personal, and efficient way, making business easier and faster.

The big move out west

After facing fierce competition and performing the pitch of a lifetime, the guys were accepted to the prestigious start-up accelerator program, Y Combinator. No time to waste - time to get down to business! This meant packing boxes, putting up “For Sale” signs in the front yards and moving to Silicon Valley - the start-up-capital of the world. Time to make history!

Welcome to the office

GetAccept’s first office opened its doors only three months after being accepted to Y Combinator and Silicon Valley welcomed another extraordinary (if we might say so ourselves) startup to the scene.

The hard work finally starts to pay off when we welcome our first enterprise customer at the beginning of 2016!

Everything good must eventually come to an end, and that also includes the accelerator program. But this rocket had only started, and GetAccept soon got the attention of prestigious investors and VCs, making it possible to continue our journey. Time to put GetAccept on the map!

We opened the doors to our new HQ in the south of Sweden, Malmö and moved to a new office in downtown San Francisco.

Time for global expansion and world domination (well, in our minds anyway – we’re from itty bitty Sweden)! We spread our roots in northern Europe, expanding the word of GetAccept and finding unexpected superheroes to join our family along the way.

GetAccept is fully integrated into multiple CRM platforms and the crazy busy, extremely hectic days of yesterday are now even more insane – and we’re loving every second of it!

We keep on growing

We opened up our second office in Sweden, this time in the capital, Stockholm.

We open up three additional offices in Europe and more superstars join our team! During 2019, we grew from 30 employees to 100 and outgrew our office in Malmö before ever moving in.

Time to scale up

To scale up sales and marketing efforts, we take on a Series A funding of $7 Million. The financing round is led by DN Capital, with participants from BootstrapLabs, Y Combinator, and several of Spotify’s early investors. We are also joined by former CMO for Slack and Zendesk, Bill Macaitis, on the board.

Today we are the fourth fastest growing SaaS company in the world and our platform is used in over 50 countries. From four founders, to over 100 employees worldwide in five years, and we still love every second of being a part of the journey. We have high hopes on what’s to come and could not be more excited for the future! 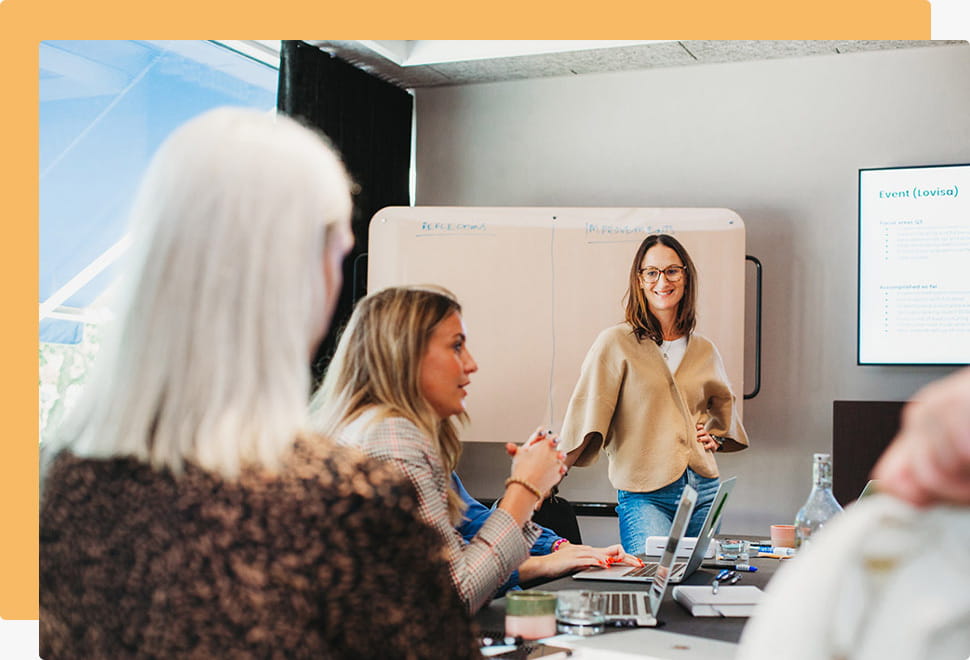 We believe in a world where buyers are confident in their purchasing habits and sellers are trustworthy partners enabling fast decisions.