Managing remote sales with a difference

It is difficult to manage ongoing learning, expectations and results when a team is entirely remote! We highlight some strategies you can use to manage a sales team remotely with a difference

Fortunately, we were recently able to get Michael Manzi’s insights on the heart of remote sales. Rather than culminating in an enumerable list of suggestions, the conversation continually returned to a certain motif: camaraderie. It seems a sense of togetherness—real togetherness, if it can be created now—might just be the thing to continue driving sales even in the face of a pandemic.

According to Manzi, the fundamental thing that managers don’t realize as they move up is how much their team needs them—especially those on the team who are performing well. He pointed out that what salespeople typically think before becoming managers is, “Everybody just needs autonomy,” but after becoming managers, they realize just how important it actually is to check in frequently with their teams. After all, just because somebody isn’t saying anything doesn’t mean that they're not having problems.

So, the biggest challenge in sales right now very well may be recognizing that your team does need you, even if they aren’t voicing their concerns. And, Manzi says, perhaps the most important thing you can do when you’re managing a team remotely is to stay in constant contact with them. Although all managers tend to be active in some regard, he believes there’s a crucial delineation between activity levels with regard to certain team members: often, managers are more proactive with low performers and those in close proximity; they are more reactive when it comes to their most remote or top-performing employees. Manzi’s take on this?

“Really, it should be the exact opposite.”

The most important thing that you can impress upon your team, believe it or not, is that you care. “This would be true whether in this situation or not, whether remote or not, but particularly is more important during COVID,” says Manzi. “We think that we do that when we go and do a drive-by by somebody's desk on a Monday morning, while holding our coffee, and go, ‘Hey, how was your weekend?’ We think, ‘Wow, we really did it!’ and pat ourselves on the back.” Suffice it to say, this isn’t good enough on its own. But don’t stress: he also offered some surprisingly simple advice to start forming a better strategy.

“The easiest thing you can do to improve is never miss a one-on-one.” Indeed, one-on-ones are things we love to do in the beginning of the year and then eschew as time goes on and priorities build up. But if you make sure to keep up with them no matter what, that tells your team members that you genuinely care about them (and we’ll get to why that’s so important soon). Just imagine you had a friend who kept bailing on parties or dinners; eventually, you'd stop inviting them on the presumption that they just don't care about you. Meanwhile, that person may just be in an extremely busy period of life and begin to feel forgotten. To kill that possibility of miscommunication before it has a chance to start, it's critical that you keep your one-on-ones consistent.

Are your team trying to sell to a market that is under extreme pressure?
Download our infographic to get our best tips to help you get through tough times

Another effective trick is to reach out periodically to your employees’ emergency contacts (which you’ll find via their HR tool) and write a note to them. If your representative or the person you're managing gets an email, text, or phone call from their mom, dad, best friend, or significant other, and then that person receives word from them in turn, he’s going to realize that you truly, deeply care what’s going on with him. Think about it: “Hey, your boss reached out. He just wanted to see how you were doing." How many people’s bosses do that? How would that make you feel?

The point and goal of all this is that even when they’re busy, or if they just need some personal time, you can count on them to report back to you. By the mere knowledge that they are on your mind, they’ll become motivated to stay in touch with you and further inspired to remain productive.

Similarly, Manzi mentioned, “The more you can involve their support network, the better." Run a spiff with your most distant or high-performing salesperson (even better if both apply), but “run a spiff that isn’t just cash”. Take them out for an expensive steak dinner or something more creative, but moreover, tell them to invite a friend. Then, ask them specifically who they’re inviting. This gives that person the chance to talk about a colleague, and it gets their peer to ask them what they do and show interest in coming back. Essentially, this is the type of thing that has the power to create a real sense of camaraderie—even outside of the standard framework of what makes a comrade.

Our takeaway? Teams are teams for a reason, so don’t be afraid to get in touch with yours. Once you’ve sown the seeds—a foundation of communicative teamwork bolstered by an involved managerial style—then you can reap the benefits together: increased productivity and, of course, more sales.

A bit about Michael - Founder of MM Sales Consulting, Michael has been successful in the impossible task of managing teams in Sydney, San Francisco, Boston, London, and even Athens—all from his home office in Boston. His young consulting firm focuses on coaching people in sales leadership, organization, creation, and turnaround, all of which have obviously become a challenge in 2020. It’s certainly no stretch to say that many of us could use his coaching right now. 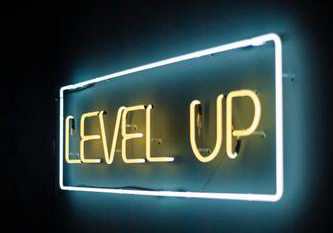 Book a demo with one of our specialists to learn more about how our product can help your company to transition into remote sales.