Differences when it comes to preferences and incentives in selling? 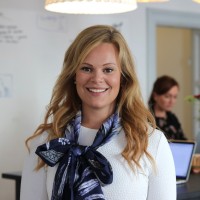 Why choose to work with selling? Are there any differences between women and men when it comes to preferences and incentives in selling? And if - what are they?

I have been working as a seller for many years, and I have had various types of roles in selling. From traditional titles such as Telemarketer and Indoor salesman to some more elusive titles such as Account Manager, Senior Business Consultant, and most recently, Partnership Manager. During my time as a seller, the challenge has constantly been the same:

If you want to know more about how to attract, develop and retain female sellers, please read article 3 – 5 tips on how to attract female (top)sellers.

From my experience, they often search for women as they want diversification within the group, but also due to the underlying assumption that female sellers achieve better on a higher level while they can keep up to the same level over time. But is this true? Don’t male sellers perform at least as well and at the same level?

As a female seller, throughout the years my bosses have appreciated the following qualities of me and my female colleagues:

I am aware that I might be generalizing, but male sellers are often seen as: self-confident, fearless, targeted, and they take what they want and make themselves heard at a higher level. In article 1 of this series, I referred to a study by Forbes that shows that women are over-represented among top sellers, and also that women sell more than the male top sellers in general. HubSpot also mentions a study by Gong, showing that women have an 11% more win rate compared to men in their deals.

I started considering the differences between females and males within sales. My presumption has always been that there is no actual difference between women and men and how they manage to sell, but rather that it is all about personal qualities and incentives that are essential for those who chose to work as a salesman and how well you perform in this role.

To get better insights into this topic, I decided to do my own research to better understand the wishes and incentives of women and men when they chose jobs and employers, specifically in sales.

This is how the survey was conducted

All questions in the survey were answered by both men and women. To get as many answers as possible I invited my network on LinkedIn to participate in the survey. In total, almost 200 people responded, of which 50% were men and 50% were women.

The questions in the survey:

a) Compensation
b) Potentials for development
c) Type of company, large/small/special industry
d) The tone of the job advertisement
e) The balance between women and men in the workplace;
f) That there are several female sellers in the workplace
g) They only search for those companies that are claimed to be good
h) Leadership

Interesting insights from the study

When asked what is essential for a seller looking for a job, the answers between women and men are extremely similar. Both women and men to the same degree believe that clear opportunities for development, leadership and fair compensation are most important when choosing a job and employer. For women, it is also more important that there are other female colleagues than what it is for men that there are other men among their colleagues. Women pointed out that they consider the overall balance between women and men to a greater extent. Men also mention that this is important for their choice of employers.

When it comes to leadership and whether there is a difference in what leadership women and men prefer, the answers somewhat differ - women have a greater need to be listened to, but they also want challenges from their boss. Women value the opportunity to be coached and inspired to take a step forward, something that is also confirmed by Nils Olsson, COO, at Lime Technologies. During his career, Nils has coached hundreds of sellers and believes that the actual differences between female and male sellers are the way they want to be coached. He goes so far as to point out that a man needs to feel safe at 10-20% to take on a new role, while the corresponding figure for a woman is 70-90%.

What characterizes a good leader?

"A good leader is someone who supports and challenges you to become a 3.0 version of yourself, as well as acting as a sounding board and giving freedom with responsibility.”

"Inspirational, genuine, and vulnerable. Always pushing their employees to become the best versions of themselves."

So what are the driving forces for female vs male sellers?

In my opinion, there is a general myth that security is one of the main driving forces for women, but the survey shows that this is not the case. Women are driven to a greater extent by individual opportunities for development, while men to a greater extent mention the opportunity to contribute to the business as an obvious driving force. This also reflects my own experience where the women I know who have sales as a profession often are incredibly dedicated, individualistic, and passionate about personal development. I believe that women driven by the above are happy to apply for a job in sales, precisely because it is a profession based on achievements, with clear objectives that require that you constantly develop.

On the question of salary and commission, the answers differ significantly. The absolute majority of women in the survey want to be rewarded with a fixed monthly salary and with an individual long-term bonus model and possibilities to influence the outcome for a longer time. According to the survey, the male sellers preferred having one fixed salary in combination with bonuses based on team effort.

Regardless of your wishes, you should have a compensation model that promotes the ever longer sale processes + 22%, Biznology, the many more decision-makers that will be involved 6.8 on average, Gartner, as well as the opportunity to get an advantage in an increasingly competitive global market. A good match would be a seller with a long-term perspective both in terms of driving forces and wishes for compensation. 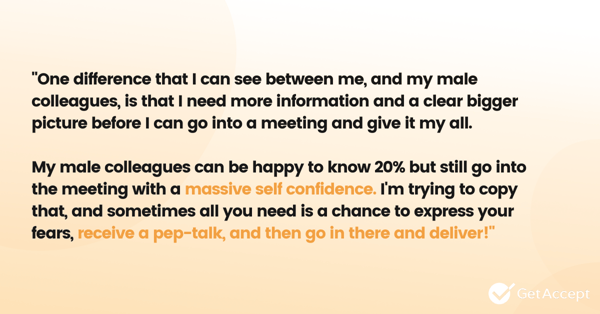 To summarize; there is a small difference between female and male sellers. The main differences relate to leadership and compensation - everything else is about individual qualities and driving forces.

Overall, we are looking for sellers with typically female qualities - enduring, coaching, long-term in combination with a few typical male attributes - great self-confidence and full of killer instinct.

The quote below is a great summary of the differences - we simply need a little more "Pippi Longstocking attitude". Then we can go all the way. With both female and male salesmen in the squad!

This is the second article in an article series about females and males within sales. In the third and final article, you will get five specific tips on how to attract female top sellers.

Do like 25 000+ sales professionals and subscribe to our monthly newsletter to receive the latest sales trends, invitations to events and webinars straight into your inbox.

Zero spam! Unsubscribe at any time.

Previous story
← How to setup a remote sales team
Next story
Are there any actual differences between female and male sellers? →

These stories on Sales tips

How sales leaders can reduce friction and fix leaky pipelines

How to use predictive analysis to simplify sales forecasting

The ultimate guide to creating a sales playbook in 2023