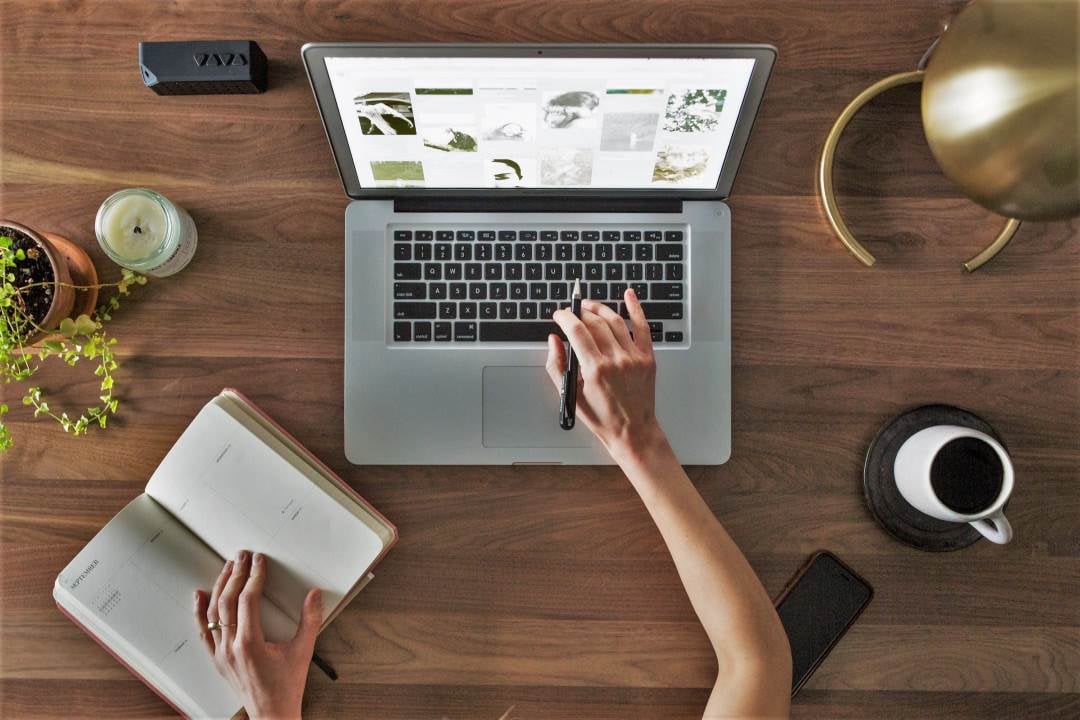 7 tips to get started with social selling 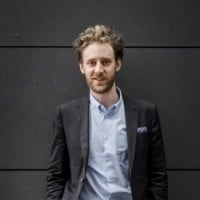 There are over 750 million members on LinkedIn, and more than 55 million companies registered on the professional social network site.

Chances are, you’re on there yourself.

In fact, chances are, your next customer is on LinkedIn as well.

I’ll also bet that the next prospect you lose to a competitor is also there, as well as that competitor. And most, if not all, of your other competitors.

In fact, no longer than a few weeks back, I was doing customer interviews as part of a persona creation project, and it was astounding to find how many customers first heard of GetAccept through LinkedIn.

Astounding, because all of them mentioned it.

I hear you. Social what, now?

In this podcast, I talk to Daniel Disney, who runs the Daily Sales LinkedIn page (700 000+ followers), about how to get started on social selling.

What is social selling?

Social selling, in its simplest form, is using social media to sell. When you break down the two key components of it, you have:

In short, it's using social media to do all of those things. That is what social selling is.

How do you get started with social selling?

The first thing is to understand that your network has value, just like a database for a marketing team or a list of leads for a sales rep. And it will only have value if you fill it with the right people.

You could chuck out a ton of bland viral content and grow an audience of random contacts from around the world. A lot of “influencers” do that and have these huge networks.

But you will not convert any of your networks into customers.

And, well, it is called social selling…

If you invest time into this, your manager will eventually ask to see a return on investment.

To create a valuable network, there are two ways:

Manual growth is great because you dictate the process by adding your target prospects and other relevant people in the industry. However, it’s a very outbound, non-scalable approach, which should be done religiously.

Then, there’s the growth that comes to you - Inbound - which you can accomplish by building a personal brand and sharing content on a regular basis. The only trick here is to share value so that your content reaches beyond your network and attracts prospects to connect with you. In short: quality over quantity. Your metric numero uno when it comes to social selling should always be revenue. How much revenue can you attribute to your social selling efforts?

And you’re more likely to achieve that with a small network of the right people than a large one of the wrong people.

Daniel Disney’s advice for someone just getting started:

I would recommend spending between 30 to 60 minutes a day to get started, and focus on the network growth. Add people to your network everyday, put time for creating some content and engaging in other industry relevant content to get your name out there and build your brand. And then the last component of it would be messaging. Start messaging prospects, but doing it in the right way. Not spammy copy and paste sales pitch messages, but real genuine conversations.

As simple as the definition of social selling is, there are still two big misconceptions about what it is … and what it’s not.

The first misconception is that social selling is not social marketing.

Of course, the lines are quite blurry.

For example: what is it called if I create a piece of content - a post, an article, a poll, a video, you name it - that offers value and entices a prospect to click on the link I shared along, and then subscribe to the company newsletter to become an MQL?

But, what if on that same post, another prospect engages by writing a comment, and I proactively message that prospect and start a conversation? That’s sales.

And that’s exactly where the confusion comes from, as the same initial effort - that valuable piece of content I create - can become both sales and marketing leads.

The second important misunderstanding around social selling is its apparent limitation to prospecting.

Most sales reps see LinkedIn, or social media in general, simply as another communication channel to reach out to a prospect that doesn’t pick up the phone or reply to emails.

But use it correctly, and it becomes one of the best account management tools on the market.

If you can build your personal brand and give value on a regular basis to your network - the right network, remember from earlier? - that trumps the 3, 6, 12-month follow-up calls that most reps will have to do to build that rapport.

See it like this: how can you stay top of mind every day for your key accounts? Don’t harass them with daily phone calls or email blasts; simply ensure you pop up on their newsfeed by sharing content that is relevant to them.

Of course, social selling has more influence on sales than simply account-based management.

The ultimate goal is to get sales revenue, to close deals through social media. Then you reverse engineer and you work your way back, but you make sure that list of priority and focus is reflected on that desired outcome. If you focus purely on followers, it doesn't mean those activities will result in sales. So focus on the sales and work your way back: look at the pipeline opportunities, look at messages sent or communication made, look at your personal brand and network, your gross impressions, likes generated, engagement, et cetera.

How does social selling impact the sales cycle?

The world is going to be more and more hybrid for everyone as a result of the pandemic and increase in tech development, sales reps included.

And social selling slots in nicely with this new hybrid model. A majority of companies will start leveraging social a lot more than they used to as meetings are virtual and time spent commuting - to the office or customer sites - diminishes drastically.

The secret is to reinvest at least part of that time onto social media.

An interesting debate is looking at how to qualify social media in terms of sales activity. According to research, reps spend only 37% of their time on revenue-generating activities.

But what about the daily 30-45 recommended minutes spent on social media? Is that a revenue-generating activity or admin time?

Both, actually. The trick is to segment those activities. Spend 30 minutes before 09.00 prospectings and squeeze another 30 minutes later in the day starting conversations through personalized messages to key prospects. How does social selling impact the buyer journey?

B2B buyers consume on average 13 pieces of content before they make a purchase decision, and over half of them consume some of that content from social media.

And remember what we covered in the intro: 55 million companies listed on LinkedIn, 750 million users. Your competitors are sharing their content, the sales reps of your competitors are prospecting and reaching out with personalized messages. The question is: what are you doing?

Can you allow competitors to be part of those 13 pieces of content your prospects consume before they make their decision, while you are not?

Undoubtedly, social selling has a massive impact on the buyer journey because buyers now have this incredible power and knowledge; they have access to all your competitors in a few minutes through a few clicks.

So make sure to step up your game and use social selling techniques to influence buyers and changemakers. It’s not enough to simply have a list of numbers to call though or to have a list of names to message.

Go further, personalize at greater depth, give more value and build that credibility. Facebook is obviously a massive platform and really interesting from a community, user-engagement perspective.

It’s a powerful platform: 52 million daily users who spend on average over 10 minutes per visit on-site, with a bounce rate of only 38.5%.

However, very few companies use it for social selling/marketing because Redditors are notoriously against the commercial use of their platform. This is due to how the system works (you can get upvotes on your posts, but you can also get … downvotes).

A few weeks back, I actually asked this question in a poll on LinkedIn. The results are pretty unanimous.

The post also generated a lot of comments as to why it’s not being used. Here are two:

Is social selling just for sales?

As we covered already above, social selling is a revenue-generating activity. It means you actively engage on a social media platform to find and close leads.

However, the same initial efforts of social selling - building a personal brand, growing a network, sharing valuable content - can be applied to social marketing.

I recently launched a podcast to support the GetAccept brand, called The Sales Ladder. And part of marketing the podcast was to be done via social media.

Here are the steps I took: I created the poll one week before I released the episode of the podcast. The theme of the poll, of course, is related to the podcast discussion.

As you can see, I got 970 votes, which is way way way more than what I usually get. The reason I got so many votes is that, right after I posted, I commented on my own post, enticing an influence I’ve been following to comment on the post. Because he replied, my post started showing on the feed of his followers.

One of the great things about the polls function of LinkedIn is that you can see who voted, and what. So after the poll was closed, and my podcast episode released, I started contacting the voters, like Linda below: Then Linda even followed that up with another message the day after, asking me to send the link of the podcast to a colleague of hers.

Now, obviously, I was not selling anything. But you can apply the same social selling techniques to influence buyers and changemakers.

The trick here was having a great piece of content to share (the episode of the Sales Ladder podcast) as well as tap into the network of a LinkedIn influencer. You can’t just randomly tag influencers into your posts, though.

Make sure to start following them as soon as possible and interact with their posts (likes, comments, reshares) so that you become visible to them. Finally, tag them in a very relevant post, with a direct question that can be easy for them to answer.

So, follow all those tips and you'll be able to:

Want more tips on social selling, or how to become a rising sales star? Make sure to follow the Sales Ladder on LinkedIn! 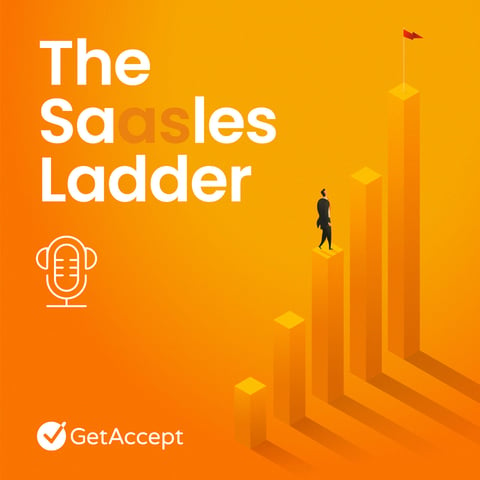